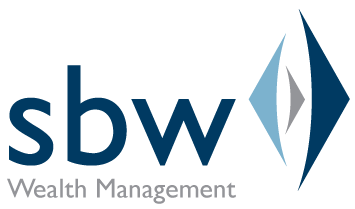 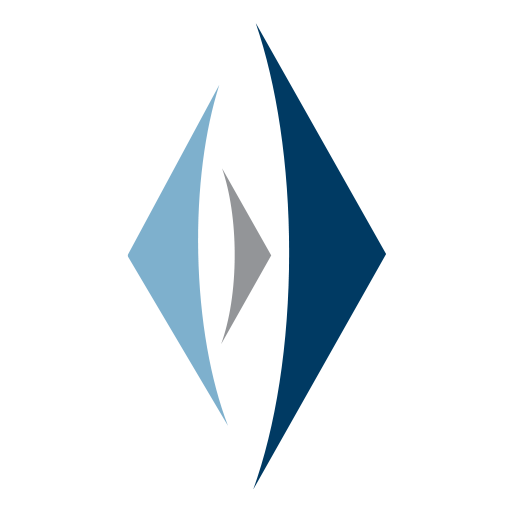 What was behind the volatility this fall?

It’s more than not selling when markets go down!
December 8, 2021 by SBW Wealth Management 0 Comments 801 Views 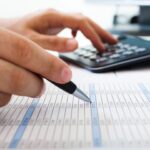 ‘Everything Screams Inflation.’ How to Interpret the Headlines 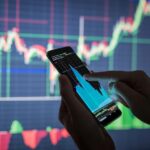 What was behind the volatility this fall?

The fall period is no stranger to volatility. Money managers are well versed in the September Effect1: which circles the calendar month as the only one with a negative return over the past 100 years. Then there’s October, which has been positive over the past century, despite notching up an impressive array of market crashes: 1907, 1929, 1987, 2001, and 2008, to name just five. Both reputations, however, are often viewed as historical quirks, attributed by many to seasonal behavioral biases as investors cash in on gains at the end of the summer.

And so, to 2021. While not as painful as last year’s bear market plunge, the S&P 500 closed out September 4.8% down, its worst monthly performance since March 2020. Uncertainty reigned amid a cocktail of headwinds but then, suddenly, it seemed the clouds lifted – and markets went on a tear in October. According to CNN, the Dow notched a new record, having surged 6% in the month, its best monthly gain since March. The S&P 500 and the Nasdaq both hit all-time highs and rose around 7% for the month – the most for each index since November 2020.

As ever, the numbers only tell part of the story. Were the underlying issues in September magically solved? And what lies ahead?

With investors nervous about supply chain bottlenecks, the stop-start economic recovery, and uncertainty about the timing of the U.S. Federal Reserve’s QE tapering schedule, many feared the impact of stricken Chinese property developer Evergrande would spread into Western markets. In the last week of August, a circulated letter – fabricated, according to Evergrande – revealed the multi-billion-dollar real estate giant was close to running out of money. As of September 21, it had US$310 billion in liabilities and the company still has a number of large bond payments due. It made the first one, of US$83.5 million, only after agreeing a month’s extension.

As a result of potential defaults, perceived contagion risks in Asia and the Western world have risen dramatically. According to a Reuters report on September 27, BlackRock and RBC’s BlueBay Asset Management were among those exposed to the embattled property developer. Concerns of a corporate collapse, which would reverberate around the world, kept volatility elevated.

The issues in China were – and remain – the tip of the iceberg. Underpinning the month’s market jitters were ongoing supply chain issues ahead of Q3 earnings season, a key indicator of economic growth. Were companies emerging from lockdown or were supply chain constraints taking their toll? Congested ports, longer transit times from Asia, and labor shortages had caused many firms to revise earnings guidance.

And then, of course, there was inflation. Has the word transitory ever caused such confusion or uncertainty? Inflation has been allowed to run higher by central banks on the theory that, once supply chain issues and employment shortages correct, it will return to around their long-term target of 2%. Except, rising inflation has spooked many, who fear “transitory” may be longer than first thought. At worse, this stokes fears of stagflation. Rising oil prices simply fuelled these concerns, with firms struggling to get crews and increase.

Inflation stands at an 18-year high of 4.4% in Canada and a 13-year high of 5.4% in the U.S. – and both continue to rise. Investors know that runaway inflation could prompt central banks to raise interest rates earlier than intimated, and markets notoriously hate surprises. A policy error would leave markets in a tailspin as investors move into more defensive positions. An earlier-than-expected hike could also stall business growth, negatively impacting stocks.

The fall, therefore, saw investors nervously watch inflation tick up and wait for the Bank of Canada and the U.S. Federal Reserve to reveal guidance on QE programs and interest rate schedules. Fears around contagion, inflation, slowing economic data and the impact of supply chain constraints and labour shortages meant stocks slumped.

Political uncertainty also hovered over markets this fall. In Canada, Prime Minister Justin Trudeau sent the country back to the polls in what was widely seen as a hasty move to try to gain a majority. After dealing with a pandemic, were Canadians ready for election campaigning? Initially, it looked like Trudeau’s gambit might backfire spectacularly with his main rival, Conservative leader Erin O’Toole, performing well in the polls.

The TSX, already showing concerns at the spillover effects on oil exports from the Evergrande crisis, was uncertain. It went into voting day on September 20 at its lowest level since July amid questions over the result’s impact on the post-pandemic recovery and Trudeau’s vow to raise corporate taxes on the most profitable banks and insurers. However, after all the huffing and puffing, the country got exactly what it already had: a Liberal minority government. Stocks and the loonie rebounded swiftly.

“The status quo is exactly what markets like, especially stocks,” Kristina Hooper, chief global market strategist at Invesco, told BNN. “So while Trudeau didn’t get what he had hoped for in calling the snap election, that means really no disruption as it relates to markets.

South of the border, the ruling Democrats also faced two big questions: will the U.S hit its debt ceiling, and will President Joe Biden’s multi-trillion-dollar infrastructure plan passes Congress. The former concerns the government’s shortfall in spending that it can’t make up in taxes, borrowing via the U.S. Treasury to make up the difference. There is a set “ceiling” on how much debt the government can accumulate, although this has been lifted on 100 occasions. The issue for the markets and investors was – and remains – that as Congress has become more bipartisan, the debt ceiling vote has been used as leverage to block spending plans.

A default on its debts would affect federal funding for states, potentially triggering an increase in interest rates, wreaking havoc with the economy. This threat fed into Biden’s monumental infrastructure plans touted as a “once-in-a-generation” Bill that would create millions of jobs, which required bipartisan support. While the brinkmanship caused jitters in the market, a default was, and is, unlikely. It’s never happened before and lawmakers usually back down for the common good.

Two things then happened which eased the market’s concerns: Democrats and Republicans agreed on a solution to ensure bills are paid through December 3; and, early in November, Biden finally got House approval for his $1 trillion infrastructure package.

These developments added to a general feel-good factor in North American stock markets. Worries about earnings season were swiped to one side as strong performance after the strong performance was announced. By November 1, CNN was reporting that 82% had beaten analysts’ expectations. In particular, banks and technology appeared unfazed and unaffected by snarled supply chains and labor shortages, while manufacturers, retailers, and restaurants pointed to an expected surge in demand. Of course, certain industries were affected – GM, for example, was constrained by computer chip shortages – but the overriding feeling was positive. Stocks responded accordingly and shot higher.

Bonds … and the future

As the clouds cleared, this was aided by the two North American central banks. As well as updating their stimulus tapering plans, the BoC indicated that mid-2022 could see the first-rate increase, while the Fed, which announced it would start easing its bond purchase program, signposted late 2022 as the time for its first increase.

Since then, while the stock market routinely touched highs, the world’s biggest bond market, the U.S. Treasury, has not settled and is even starting to exhibit warning signs. Chairman Jay Powell stressed he is in no hurry to raise rates despite the pullbacks but traders nevertheless moved up the rate-hike timetable as inflation persisted. The sharp yield increase of the U.S. five-year showed investors are now preparing themselves for such a scenario. The yield curve flattened in November, suggesting the market sees tougher economic times ahead. This chimes with the message from Greg Taylor, CIO at Purpose Investments, who was surprised at how “violent the reaction was” as the stock market moved upwards in October. While sovereign yields should continue to be choppy as traders digest each new data point and attempt to guess the timing and path of future rate hikes, similar caution should be paid to equities, despite their winning run.

He said: “You’re going to see some performance chasing, people trying to keep up with the market. But that could get overextended – and that’s going to be the big debate going forward.” Stocks, he added, are priced for perfection and the Fed backstop is now being removed. Change is in the air. “The Fed is starting to remove stimulus and be less focused on the markets going forward. That could add some volatility, and that adds uncertainty for stocks.”

In Canada, specifically, the TSX is benefiting from the shift to cyclical and with relatively strong economic numbers, it’s in a sweet spot for investors. However, after two years of exceptional returns, many financial advisors are tempering expectations for 2022. On top of this, uncertainty continues as economic numbers are analyzed, central banks hover over the rate-hike trigger, and inflation numbers slowly work their way through the economy.

In broad strokes, history repeated itself this fall as markets fell in September but stormed back in October. The devil remains in the detail, however, and with so many questions yet to be answered as we head into the next stage of the post-pandemic recovery, volatility appears here to stay.

SBW believes firmly in planning for legacy – for what will exist beyond ourselves – and that’s the reason that the firm and its team are so active in the community.

Click here to fill out our New Client Inquiry form, and someone from our office will connect with you shortly.

The opinions expressed are based on an analysis and interpretation dating from the date of publication and are subject to change without notice. Furthermore, they do not constitute an offer or solicitation to buy or sell any of the securities mentioned. The information contained herein may not apply to all types of investors.